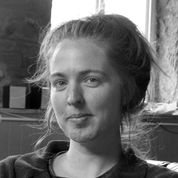 "Since becoming a midwife in 2013, I have found breech birth fascinating. The idea that we can go all the way from considering breech a rare form of normal, to viewing it as a mistake on nature’s part (at best to be avoided via major surgery, and at worst to be treated as an emergency mother and baby need to be rescued from) and then finding ourselves slowly having to travel that journey in reverse, seems to me to say a lot about the medicalisation of birth and how hard it is to undo.

Meanwhile, breech babies just kept on attempting to do their thing, often in spite of us – particularly those pesky babies that just popped on out before we could whisk their mothers into theatre! I had heard multiple such stories in my five years as a midwife, and yet, though always seeking the chance to observe a physiological breech birth, I had never been in the right place at the right time.

I had attended multiple breech birth studies days, and every Sheffield International Breech Conference, and learnt as much about the normal birth process of breech babies, and how to assist them if they needed it, as I could, in theory. After all, one could turn up unexpectedly at any of my home births, maybe with just me present if it was a speedy one, as breech babies often are.

I even got involved in helping deliver my local Trust’s breech birth training, and in updating their breech birth guideline. Eventually (after almost being second midwife at a planned home breech birth, with the baby arriving not only before I did, but head down) I decided: this is getting ridiculous. If a breech birth won’t come to me, I will have to go out and find one.

Since I don’t fly because of climate change, I knew I had to choose a breech clinic I could reach by train. And it had to be soon, since my partner and I were about to begin adopting a child, a process we would be submerged in for some time. I had previously been awarded an Iolanthe Midwives Award for a planned return to Gaza, where I had volunteered in the past, but getting into besieged Gaza became even more difficult than usual, and I was unable to take up this award. It was time to set my sights a little closer to home and try again – I decided to apply for funding to observe birth at Frank Louwen’s Breech Birth Clinic in Frankfurt.

I was delighted to receive a Midwives Award to do this, but deeply touched to also receive the inaugural Mary Cronk Award.

Although I only met Mary in person once, the heritage of her work is shared by not only us independent midwives, but all those involved in birth work, and every birthing woman.

I not only value the practical skills (breech and much more) Mary kept alive or pioneered, but her ability to “speak truth to power” as the Quakers say – such as the phrases she offered women for reminding health professionals who actually is boss at a birth, including the classic “Thank you so much, Mr Highandmighty, for your advice. We will consider this carefully and let you know our decision.”

Once again, it is a difficult time for independent midwives such as myself, and women who simply want autonomy over their bodies and their births. Many of us IMs, myself included, will soon no longer have access to affordable, ethical birth indemnity cover, which has become as rare as hen’s teeth in recent years. Despite such cover usually being the very last concern on the minds of the women who wish to book their own midwife to access individualised care, I not only can’t attend births without it, I can’t even be the same room as a birthing woman without it. Not even to make the tea. Birth doesn’t get much more medicalised than that.

Well, I choose to be hopeful. After all - “vaginal breech birth? certainly not”, said many so-called experts, while Mary just got on with catching those breech babies. Thanks to Iolanthe, I have finally now seen a breech birth – a beautiful, swift, and so clearly physiological process – but also, I myself was a breech baby. As one of my favourite quotes goes – Those that say it can’t be done, should get out of the way of those doing it!"

Award given at the discretion of the trustees

You can't apply for this Award - it is given to an applicant for another award at the discretion of the Trustees. Find out more...
See More