This award supported midwives to further develop practice or knowledge that focused on the implementation of relationship based midwifery care. It supported projects or research - 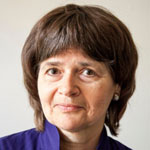 This award is named after Elizabeth Duff who has been a long standing supporter of the Iolanthe Midwifery Trust. Elizabeth joined initially as a Trustee in 1999, before becoming Executive Director of the Trust in 2007. Elizabeth's drive and commitment to the Iolanthe ensured that it flourished under her stewardship, and it is in recognition of this that Trustees decided to establish a new Iolanthe Award. It was first awarded in 2017.

Nikola Duncan, a midwife from Whittington Health NHS Trust, London who will use her award to create an aromatherapy, massage and hypnotherapy service for women.

Ren Forteath, a midwife from NHS Dumfries and Galloway will use her award to stage a musical "Labours of Love" on the maternity experiences of service users and their partners.

Jilly Ireland, based at Poole Hospital NHS Foundation Trust, for her work supporting healthy relationships between midwives and women and their families using self-efficacy techniques and training for debriefing and motivational interviewing

Rachel Buisson-Lex, an independent midwife from Dorset, who is undertaking a pilot study to research the viability of arrangements for independent midwives and NHS trusts to work together to care for women.

The Ann Stewart Award was given each year to the award winner in another category who, in the view of the Trustees, reflected the greatest commitment to, or development in, midwifery practice. It was a personal award of £500 made in memory of Ann Stewart and her lasting contribution to midwifery practice and education, most especially in her roles as Principal Midwifery Tutor, Kings College Hospital (1967 - 1974), Education Officer, the Central Midwives Board (1974 - 1983), and Professional Officer Midwifery, The English National Board (1983 - 1991).

The following biography of Ann is based on an Appreciation given at Ann’s funeral by Ruth Ashton, then General Secretary, Royal College of Midwives. 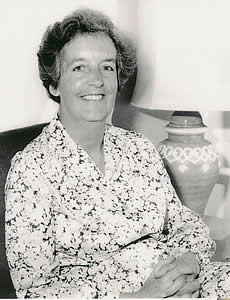 Ann undertook her nurse training at Kings College Hospital in London, a fact she was always proud of. In 1953 she went to Brighton for her midwifery training. She then practised midwifery in Brighton, King’s Lynn and on the Isle of Wight. Ann did her MTD at High Coombe [then the Midwife Teachers Training College] in 1960 and subsequently taught at the Elsie Inglis Maternity Hospital in Edinburgh and at Mile End before becoming Principal Midwife teacher at Kings College Hospital. In 1974 Ann went to the Central Midwives Board as an Education Officer - and in 1983 Ann moved to her final career port of call - the English National Board, as its most senior midwifery officer.

She was a very active member of the Royal College of Midwives and was on its Council for over 20 years. During that time she held office as Vice Chairman of Council on several occasions and was Chairman of the Executive Committee. In addition she was a member of the Council of the Midwife Teacher's Training College for many years and was also on the Board of Nursing Notes which published the Midwives Chronicle, later Midwives, the College's official journal.

There is so much to be said about the quality of the work which Ann did and the value of that to midwifery. She knew how to teach well and was a very skilled clinician. There was nothing she did not know and remember about the Rules and Code of Practice, and Standards of Care, and Supervision of Midwifery. She influenced the quality of midwifery education and practice through her contact with midwifery units and schools, and she raised the profile of supervision of midwifery through her involvement in the education of Supervisors of Midwives and her contact with the Local Supervising Authorities.

In addition there is much to be said about Ann's professional qualities and the value of those to midwifery and other professions. The words I would use have been repeated time and again in the many letters and cards received after her death and which I have had the privilege of seeing - words like integrity, professionalism, determination, wisdom, dedication, commitment, highest standards, wise counsel - and many more. For Ann personal quality was the major reason why her impact on midwifery and beyond has been so great. Again the same words and phrases appear in the letters from her friends and colleagues:

Sarah Esegbona-Adeigbe, studying at the University of Hertfordshire, who undertook a qualitative study of the perceptions of migrant Nigerian mothers and midwives of cultural competency in antenatal care.

Debbie Garrod, funding fees, equipment and travel for PhD research: How do midwives and fathers communicate during labour and birth? An ethnographic study in NW England.

Rosalind Weston, based at the University of Worcester

Paulina Storek, student midwife at the Univeristy of Salford

Laura Mundy, midwife at the University Hospital of Wales in Cardiff

The Dame Rosalind Paget Trust was set up in 1919  with a number of aims, including 'doing any such things as will in the opinion of the trustees improve the status, education and wellbeing of midwives'. Following the closure in 1997 of Rosalind Paget's publishing company, Nursing Notes Ltd, the remaining funds from the Trust were donated to the Iolanthe Midwifery Trust. The Trustees decided that this award of £500 annually should be given on an annual basis to the highest-scoring application that aims to progress practice though holistic care for woman and families. Since the decision to suspend this award, the remaining funds are invested to generate income for future awards for midwives and students. 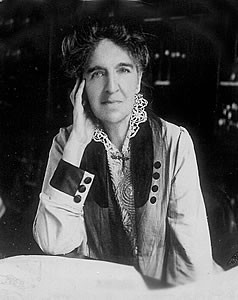 Rosalind Paget was born in Liverpool in 1855. She qualified as a nurse in 1884 and as a midwife in 1885. She is remembered as a founding member of the Midwives' Institute (which became the Royal College of Midwives) and for her work to improve the status of midwives. She tirelessly petitioned Parliament for their registration; a goal which was achieved in 1902 with the first Midwives Act. Following this, the Central Midwives Board was set up and Rosalind served as a member from 1902 to 1924.

However, Rosalind was also instrumental in the regulation of some complementary therapies. Growing demand for massage in the 1880s led Rosalind to qualify as a masseuse at the London Hospital. Progressive members of the medical profession found it 'refreshing and invigorating for their patients'. However lack of regulation caused problems and in the 1890s the British Medical Journal warned its readers against the use of massage 'because of the number of unscrupulous persons involved in it'. Rosalind with colleagues set out to resolve this problem, and after careful preparation the Society of Trained Masseuses was launched. It later became the Chartered Society of Massage and Medical Gymnastics, then the Chartered Society of Physiotherapists.

It was said that Rosalind Paget had 'deep compassion, honesty and respect for others'. In her practice, whether as nurse, masseuse or midwife, she 'cared more for the comfort of the patients than for hospital routines and techniques … if anyone had a mental or a physical need, she had to make it better if she could'. She 'was concerned above all for the health of the mother … but the midwives themselves were equally dear to her heart'.

Tamsin Robertson, studying at King's College London, undertook a Diploma in Anatomy, Physiology, Pathology and Body Massage at the London School of Massage, focusing on appropriate touch for women who are survivors of trauma.

Claire Nutt, Women and Children's Health, North Bristol Trust, for her project 'Massage for Maternity' – a course on infant massage with Wellmother, in Bristol, to enable offering personal massage sessions for both women in pregnancy and for midwives within the trust:

Sheila Brown, community midwife at the Betsi Cadwaladr University Health Board for organising an ‘Evidence & Skills for Normal Labour & Birth’ course for 40 midwives.

Anna Brown, midwife at the University of Surrey

Katherine Allen, midwife at the LCTA

From 2009-2013 Iolanthe awarded the Tricia Anderson Award in memory of midwife Tricia Anderson who died in October 2007. The award was made possible by her many friends and colleagues who wish to remember her life and work.

The award was made to individuals or groups undertaking activities that reflected Tricia’s passion, innovative approach, scholarship and commitment to the wellbeing of mothers and midwives. 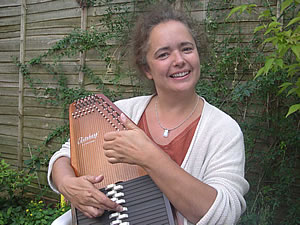 Tricia trained as a midwife in Bournemouth but this was a second career for her, as she had already completed a first degree in English and Music at the University of York. Tricia’s passion for literature and the arts, especially music, continued to inform and inspire her life and was a rich and integral part of her midwifery philosophy.

In the 1980s, before she ever trained as a midwife, Tricia was part of the original team that established MIDIRS (the Midwives Information and Resource Service) in Bristol. She went on to work as editor of the MIDIRS Midwifery Digest, 1995-1997, and later of The Practising Midwife.

Tricia also had a part-time role as a midwifery lecturer at Bournemouth University, where she was course leader for the MA in Advanced Midwifery Practice.

Tricia worked as an independent midwife and was a passionate advocate for women and their right to choose the birth they wanted. She was deeply interested in the politics of childbirth and committed to the role of the midwife as guardian of normal childbirth. Tricia was part-way through a PhD exploring the physiology and psychology of trust and birth when she was diagnosed with an incurable brainstem tumour in August 2005.

Through her writing she was able to share her passion for birth with midwives, students and women, both nationally and internationally. Tricia wrote extensively and in an inimitable style - engaging and accessible, but also academic and thoughtful. Tricia believed strongly in working alongside women: in 1996 she helped to establish a peer support group for breastfeeding women in Dorset, ‘Bosom Buddies’, which continues to flourish. She also led a wide range of workshops throughout the UK and Europe, from guidance on dealing with childbirth emergencies at home to weekends entitled ‘Sex, Birth and Rock and Roll’.

Tricia will be sadly missed and mourned by her very many friends, colleagues, students and all who met her. However, we celebrate the fact that she left a rich and lasting legacy and that she continues to inspire all who were lucky enough to know her. Saturday 14th June 2008 saw the Passionate Midwifery Conference held to celebrate her life. This proved to be an excellent day, with a large audience of midwives, student midwives and supporters of midwifery. There were many rich and varied presentations from a number of internationally renowned speakers, all of who paid tribute in their papers to Tricia and her original and creative ways of thinking.

The Conference was also highly successful as a fundraising day, with a total of £3371 being raised for the Tricia Anderson Award, which was announced at the conference by Professor Paul Lewis and Professor Billie Hunter (Iolanthe Midwifery Trust Chair at that time). Funds were primarily generated by conference registrations (all speakers spoke for free, facilities were provided free of charge by Bournemouth University and a delicious lunch was provided by all the participants, who brought along 'food to share').

Over the five years of this award we saw a variety of projects that reflect Tricia's creativity and interests:

Sheila Brown, community midwife at the Betsi Cadwaladr University Health Board, received the award for organising an ‘Evidence & Skills for Normal Labour & Birth’ course for 40 midwives.

Elaine Uppal used the award to develop the use of art within the midwifery curriculum at the University of Salford.

Rachel Beckett established Birthbeats is a new, online resource for parents-to-be and health professionals to promote the benefits of using music during labour and birth.

Alison Taylor, our first recipient, was funded to make video diaries of women's experiences of breastfeeding as an educational resource.