In this 2010 interview with James Watt, founding Trustee, we find out how the Iolanthe Midwifery Trust came to be established. 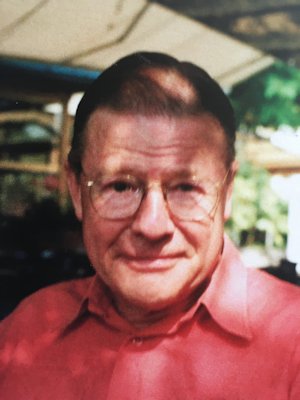 James, as one of the founding members of the Iolanthe Midwifery Trust, can you tell us how the Trust came about?

It’s a long answer. The Central Midwives’ Board (CMB) owned the lease of 39 Harrington Gardens, South Kensington. When the Nurses, Midwives and Health Visitors Act of 1979 came into effect in 1983 the house was sold. The government of the time decided that the net proceeds of the sale of the lease should be given to a charity and as a consequence the Iolanthe Midwifery Trust was established. This was a relief to the potential new Trustees who were all worried about how further training for midwives would be funded. Midwifery is a small professional group and finding funding for continuing education is difficult.

How did you come to be a Trustee?

Well the Trust deed was prepared and various individuals, mostly former members of the CMB, were invited to take on the role of Trustees. I was acting for the law firm Hempsons, who were responsible for representing the CMB in legal issues. I remember getting a letter from the Chair of the new Trust inviting me to be a Trustee. That’s about the essence of it.

Iolanthe is a strange name, how did the Trustees choose it?

Iolanthe House at 39 Harrington Gardens, South Kensington had been the home of WS Gilbert – one half of Gilbert and Sullivan. The proceeds from the sale of the house were used to form the Trust and the Trustees thought that they would like to retain the name (Iolanthe) to reflect that.

Looking back, do you think the Iolanthe Midwifery Trust has achieved what the original Trustees intended?

As far as I’m concerned, as an outsider, certainly! I’ve been party to the funding decisions and seen how much money has been dispensed to midwives to assist with education and professional development. This was the main concern of the original Trustees.

The Trust recently celebrated its 25th anniversary, what do you think is the secret of its survival?

Sensible management by midwives and those who assist them. That’s the answer, because I’ve seen that since I started. Midwives are very good – compared with other clients!

Is it true that you are retiring as a Trustee this year?

What will you miss most about being a Trustee?

The company of the midwives and the discussion that the midwives have each year about the awards. For the outsider that is very interesting – hearing midwives discuss the profession of midwifery is an education in itself!

What is it like working with midwives? - You can tell us the truth, are they difficult?

They are usually very sensible. The only concern is the hesitation which midwives have in discussing matters of finance outside of their day to day experience. They are slow to make their minds up – but that’s a compliment, because they are willing to take on board the advice of others!

Thank you James, you will be missed .

Postscript - James had a retiral luncheon on 2 November 2010 where Sally Marchant (Chair of the Trust from 2001-2006) presented him with an engraved decanter from the Trustees.