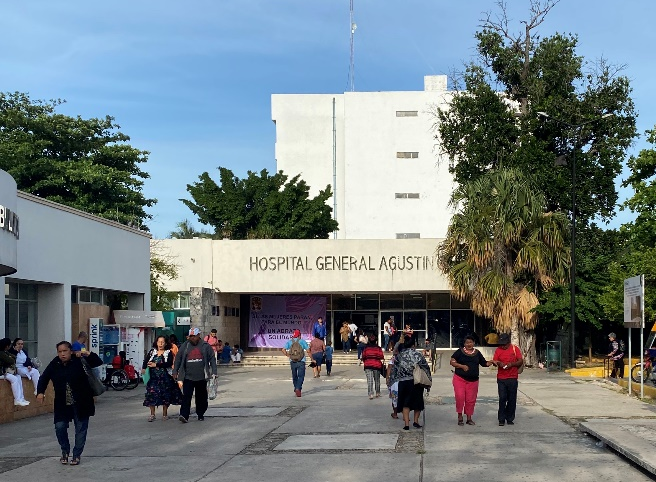 I chose this country because they provide maternity care differently than the UK. I hoped to learn a lot from this elective. I planned my elective with the company Work the World.

One of the reasons for choosing to go to Mexico rather than staying in the UK, was so I could experience the care for vulnerable women and witness the care they are able to receive. Not all women have the luxury of being able to afford maternity care or have the money to travel into the hospitals. Midwifery is not standard practice within Mexico. Maternity care is provided by nurses and the babies are delivered by doctors. This is different to the UK, as doctors only deliver babies if there are complications. Midwives are still working in Mexico but are more common in the rural areas and has recently become more popular to help improve access to maternity care and reduce the chances of obstetric violence. The difference in healthcare between Mexico and the UK, meant there was so much to learn from and experience.

For this elective, I began taking Spanish lessons and continued this whilst in Mexico as part of my elective programme, to help with my communication skills with staff and women in the hospitals. With help from the Iolanthe Midwifery Student Award, I was able to fund this placement. Unfortunately, I was only able to complete a week of elective due to COVID-19, but I was still able to gain so much from my experience of being there.

The hospital I was assigned to was the General Hospital Augustin O’Horan. It was a public hospital, which specialised in high-risk pregnancies. They had an average birth rate of 6,000 per year and a 70% c-section rate. The Maternity unit had 2 theatres, 1 room used for vaginal deliveries, an antenatal ward and postnatal recovery area and 3 cots in the nursery. This hospital was run by doctors and nurses and there was not a midwife role as the nurses were only responsible for monitoring the wards and making up medications. 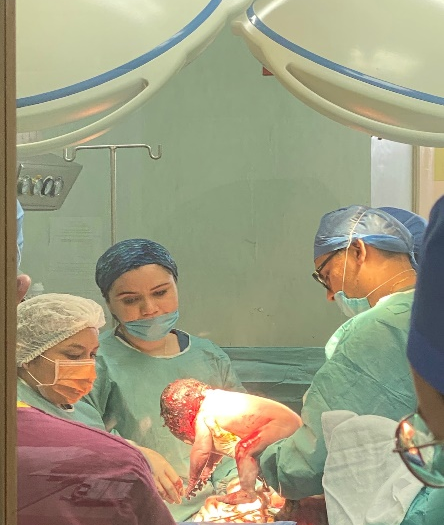 I spent my time shadowing the doctors as they ran the hospital. I spent time in maternity triage, labour ward and the baby nursery. I had planned to spend time in the neonatal unit but was unable to do so due to the placement being cut short. Before starting my placement, I was given an orientation and introduced to the staff I would be working with. The hospital had a strict uniform policy for students and we were required to wear white scrubs. The days normally started with a ward round to assess the patients that had been admitted and the doctors would then divide into the areas they were assigned to for the day.

I was given to the freedom to shadow any doctor I wanted and explore the maternity area as I wished. Most doctors only spend time in specific areas depending on their specialty. This was helpful because I could switch between areas and observe more procedures. All women attending triage receive an ultrasound to assess fetal well-being. There were only two beds available for women. Women attend alone and are unable to have a birthing partner or anyone else for support. Women were not given analgesia for invasive procedures; VE’s were done very frequently with no pattern to assess labour progress. One-to-one care not provided, as doctors were often leaving mid-assessment to deal with other patients. The most common admissions were pre-eclampsia.

Observations commenced once women were 4cm dilated and were done hourly (FH, Maternal HR, BP, Uterine Activity, Reflexes, Contractions). All women given were Oxytocin IV infusion (500mls Hartmanns + 30iu Oxytocin) in labour. CTGs were used on women considered high risk. Curtains were not always available between bays, so women were exposed when getting a VE. Minimal analgesia was offered during labour.  Women were not being transferred to a birthing room until the baby's vertex was visible.

Midline c-sections were more common as women tend to have pregnancies close together and this was deemed safer. All babies were taken to the nursery after birth, which meant most mothers would not see and hold their babies for a while after birth. All babies were bathed immediately and identified with name bands. IM vitamin K was also offered to all babies. Babies often not kept warm in delivery room which leads to a lot of babies needing to be put in incubators to maintain their temperatures.

Although my placement was shorter than expected, I was still able to witness many different types of births and observe antenatal care of women. I enjoyed my experience in Mexico and learnt so much from observing from an obstetric viewpoint.